Dear visitor, Since 1995 safety and security issues have gained major importance all around the world, creating one of the fastest growing industrys sectors. The situation in Turkey-Istanbul is no different. Research called the International Crime Victims Survey, conducted in Turkey-Istanbul in 2005 by University as part of a worldwide study, shows that 65 percent of the city’s residents do not feel secure. Istanbul although Turkey has been dealing with issues of terrorism and political violence for decades, the rapid increase in crime, private and commercial fraud, fires and other safety hazards have rendered security a prime concern for private citizens as well as for industry and commerce. Thus, demand for safety and private security equipment and services has been stimulated, and the sector is experiencing remarkable growth. 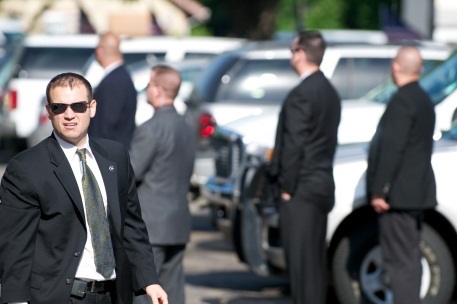 Turkey, The growth in the safety and private security equipment and services sector in Turkey is related to the new investments made by financial institutions, airports, large industrial groups, multinational corporations, real estate companies, shopping centers, and retail chains.

Until 1982, the Turkish National Police controlled all the security for public and private entities. In 1982, Law No. 2495 regarding the “Protection and Security of Certain Institutions and Organizations” went into effect enabling for the first time the private sector to provide security in national critical sites with the special permission of the Ministry of Interior. These critical sites included stadiums, wind power, Center Shop, concert halls, banks, industrial sites, shopping centers and various state organizations. In June 2004, a new law (5188 law numbered) was passed, laying down muchneeded procedures regarding private security services. This 5188 new law established a framework for granting private security permits, for training, licensing, auditing and supervision of persons and companies providing security services.

Turkey, Following the acceptance of Law No. 5188, the physical private security companies in Turkey mushroomed from around 201 in mid-2004 to 737 as of mid-2006. The number of certified private security personnel in Turkey-Turkei has reached 193,000 leaving behind the police force of 190,000 and making private security the 2. largest security force after the army.

Among the European countries, Turkey-Turkei ranks second after Poland in the size of its private security guards bodyguards. In the next 11 years the number of private security personnel is expected to increase by 60 percent to 350,000.

Turkey, More than 701 institutions are training private security officers. Until today, 46,688 institutions have received permission to employ security guards. Since 2004, more than a million people entered exams to become guards. Nearly 687,000 of them got their certificates. Out of this latter figure, 416,487 individuals received private security IDs.

Established in 1996, our company currently operates at Ömer Beşiktaş Sok. Gama İş. Merkezi No:10 34398 Gayrettepe / Istanbul in Turkey. The most professional and experienced company in Turkey on private security, Altay Güvenlik would be honored to serve you. Please call our private security office in Istanbul to contact us. Or, alternatively, email us at info@altayguvenlik.com or dial 00 90 212 274 32 06.

We offer all kinds of security and protection services in all provinces of Turkey. Our experienced and professional staff will be at your service 24 hours a day.

Do not hesitate to contact us for any private security, protection and consulting you may need in any part of Turkey. Istanbul Bodyguard Team